In Europe and North America, “porridge” is a term used interchangeably with “oatmeal,” but that doesn’t guarantee that they mean the same ingredient or recipe.

Oats make a great breakfast, but the results will vary somewhat depending on the type of oats you are using. Therefore, it is important to understand if porridge oats and rolled oats are the same thing.

What is the difference between porridge oats and rolled oats? Porridge oats are crushed or ground into a course medium sized granule that results in a chewy or creamy dish. On the other hand, rolled oats are steamed oat groats that are flattened into flakes using heavy rollers, which exposes more surface to absorb liquid quickly so they cook in under 5 minutes.

There are noteworthy differences, so this article intends on providing in-depth answers to your questions. Continue reading for more detailed specifications.

What Are Porridge Oats?

Porridge oats are not clearly defined by the Whole Grains Council, which technically classifies them as “any grain of oat that is made into porridge. “ Well that definition is clearly of no use to us when trying to follow a recipe.

In my experience, a recipe calling for“porridge oats” is most often times referring to either Irish oars or Scottish oats. In the corresponding country of origin, both types are referred to as porridge oats.

Irish oats are commonly referred to as steel-cut oats. Sharp steel blades slice the oat groat, or the whole oat kernel with the fibrous hull removed, into two or three pieces. The smaller pieces expose more surface area and make it easier to cook than whole oat groats.

A quality manufacturer will sift out the oat flour and only package the small and medium sized granules. The grain size is significantly finer than steel cut oats and rolled oats, therefore they cook quicker and transform into a smooth and creamy dish.

What Are Rolled Oats?

Rolled oats are whole grain oat groats that have been steamed and flattened into flakes using a very heavy rolling pin. Rolled oats are also referred to as regular oats and old-fashioned oats.

Steaming allows the oats to be rolled without cracking or crushing, which increases surface area and reduces cook time to just a few minutes. The oat flakes are then dried before packing.

Extended steaming allows the oats to be rolled even thinner, which further decreases the cooking time. There are thick old fashioned oats and thinner regular rolled oats.

Instant oats are fully cooked and rolled into a fine powder that is often used in packets of instant oatmeal cereal.

When comparing porridge vs. oatmeal, the difference can be summed up in a single sentence comparison: oatmeal is porridge, but not all porridge is oatmeal.

Porridge is made from any grain that is boiled with broth, milk, or water.

Oatmeal is synonymous with an oat based porridge. Rice, corn, and wheat are commonly turned into porridges as well, but the dishes are region specialties that are developed using ingredients native to the land.

Buckwheat: Kasha is a side dish served in many Central and Eastern European countries.

Corn: Grits are a popular dish made from a porridge of corn and is a Southern hospitality specialty in the United States. The size of the course grind is much larger than polenta and cornmeal, but nonetheless it is still a porridge.

Rice: Congee is a rice porridge that is popular in China, while Arroz Caldo is a similar dish served in the Philippines.

Wheat: In the America’s, Cream of Wheat is a household brand that capitalized on the porridge consistency of ground wheat.

In northeastern Africa and Ethiopia, a wide variety of grains are used to make a popular porridge called Genfo that is regularly served with yogurt.

In South India and Sri Lanka, semolina porridge is flavored with vegetables and/or fragrant spices to make a dish called Upma.

And of course, oatmeal porridge can be found primarily in Europe and North America, but it has no bounds. It is made from any type of oats, this also includes both rolled oats and porridge oats.

Can You Substitute Porridge Oats for Rolled Oats?

Porridge oats can be substituted for rolled oats, and vice versa, however the texture will vary and the result may alter the dish and specific recipes.

When preparing a hot breakfast porridge or oatmeal, rolled oats will add a slight texture to each bite, but it can be easily turned into a soft mush if the oats are allowed to cook for longer periods of time.

Irish porridge oats are heavier pieces that result in a chewier texture.

Scottish porridge oats are are ground unlike the flaked rolled oats, therefore they will act dissimilar from each other. They’re a better alternative to a hearty oat flour rather than flaked oats.

If you only have rolled oats and a recipe calls for porridge oats, then pulse the oat flakes in a food processor for a few seconds to reduce the size of the flakes without making it powdery.

The health benefits of rolled oats and porridge oats have the macro and micro-nutrient levels. Because the source of origin is the same oat groat, equal serving sizes will produce similar nutritional values.

Oats are praised for their ability to reduce blood sugar and spikes in insulin production. While this is true across the board, the more processed the oat is the less this factor becomes relevant.

So, if you are consuming a fine grain rather than a large flake, then your body will be able to break it down into glucose quicker. Thus, Scottish porridge oats may have a higher glycemic load than rolled oats, and it is possible that an insulin spike may follow immediately after consumption.

In 50 gram serving of dry oats, you will find the following nutrition facts:

Oats also contain trace amounts of essential vitamins and minerals such as thiamin, phosphorus, zinc, copper, manganese, and selenium. They’ve also demonstrated the ability to boost serotonin levels, which can have a positive effect on mental health and sleep quality.

There are slight fluctuations in nutritional information are common between Scottish porridge oats, rolled oats, and Irish porridge oats. The different processing techniques ultimately contribute to the final nutrient data.

No matter how you eat them, oats a good source of plant-based protein, dietary fiber and healthy fats. The combination is beneficial for weight loss as it increases the feeling of fullness that helps to subside over-eating and unnecessary cravings.

Oats are rich in complex carbohydrates that are a great source of energy for your body. Both soluble and insoluble fiber are part of the carb load, a beta-glucan fiber has been proven to improve gut health, heart health and lower cholesterol levels.

All oats do not come from wheat and are naturally gluten-free. If you’re Celiac or gluten-intolerant, then you should check the label and purchase certified gluten free oats processed in a manufacturing facility that does not process wheat products.

Oats are harvested, processed and packaged in machinery also used for wheat. Gluten cross-contamination is a risk unless the oats were processed in a certified gluten-free facility.

How to Make Porridge Oats vs Rolled Oats

No matter which kind of oats your are preparing, the same basic steps are taken.

Simmer broth, milk or water in a pot, then add oats and cook until the desired texture is reached. How long you cook your oats will depend on the type of oat you are preparing.

In comparison, Scottish porridge oats require about 10 minutes, and rolled oats are ready to eat in as little as 5 minutes.

With oatmeal preparation, oatmeal toppings are added based on your personal preference. Nuts, seeds, sweetener of choice like honey or maple syrup, dried or fresh fruits, or any combination of ingredients you enjoy most. 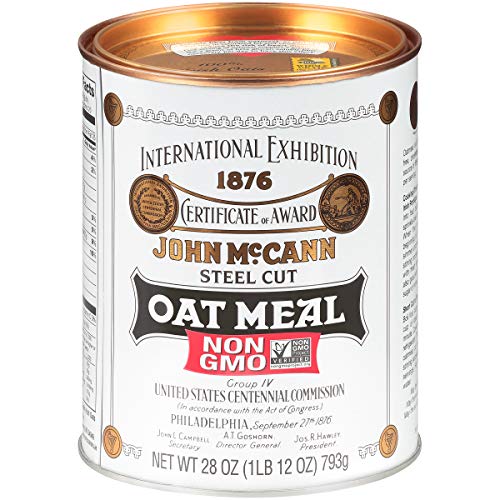 Oat groats cut in half with steel blades.
Chewy texture when prepared.
Cooking time of 30–40 minutes.
Prepared with water and finished with a drizzle of honey (or whiskey). 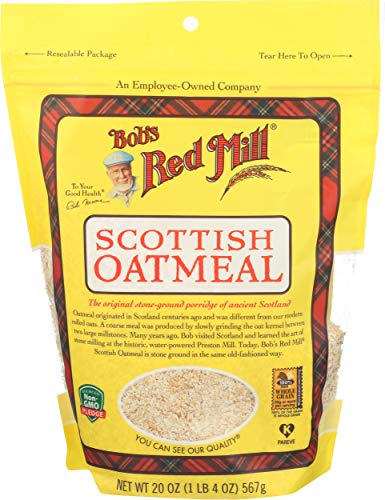 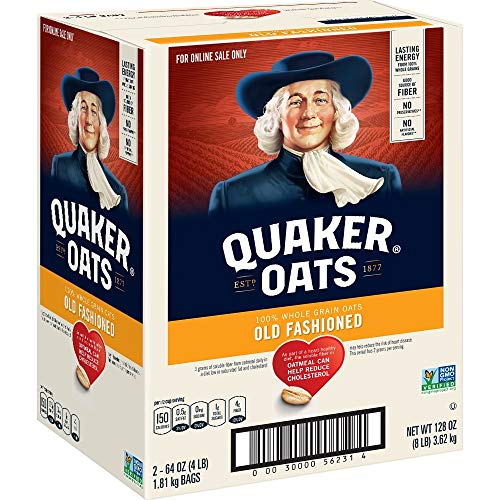 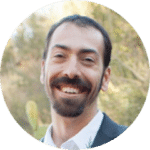